PLEASE also take the time to Sign this petition to try and make MMS illegal in the US!

My two autistic sons, Joshua and Jeremy Austin, are being given a substance well known and documented to be dangerous and potentially fatal, as treatment for their autism. This substance is chlorine dioxide, an industrial strength bleaching agent, at a level 3,000 times higher than the amount regarded as safe by the EPA. At 28% Sodium Chlorite, this substance is incredibly caustic, damaging, and can cause horrible side effects when ingested.

The FDA has issued warnings about the dangers of the MMS protocol in 2010, and again in 2019. 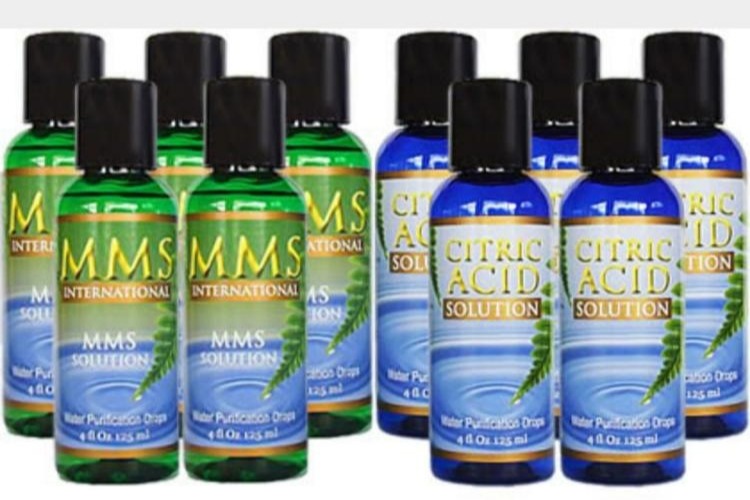 This is being done by my ex wife, Laurel Austin-Lemmon, along with the help of Kerri Rivera, who is the strongest proponent of this dangerous protocol . This Miracle Mineral Solution is falsely promoted to treat and cure HIV, malaria, cancer, H1N1, hepatitis, and autism, as a few examples. The substance has origins based in Scientology, and specifically claims to “remove the parasites and toxins within the body that cause autism”. This is false, dangerous pseudoscience that is putting many people and children with autism at risk of many dangerous health complications, and has been known to be fatal.

On January 4, 2019, my son Joshua came to our home for his monthly visitation. On recent visits, Joshua brought with him a blue 16oz water bottle, and stored this in the refrigerator. Coming upstairs every few hours, he poured himself a shot glass full and drank it down, then quickly returned to his Super Nintendo games. On January 4th, we discovered that this substance was in fact bleach, and this is what he had been taking for his “protocol”. Opening the container, the smell was so strong, we immediately contacted Poison Control. We were then informed that even if Joshua was exhibiting symptoms like vomiting and bloody stool, there is no test or treatment for bleach consumption aside from an endoscopy. Bleach cannot be detected on a blood panel.They then recommended we call the police for an investigation. 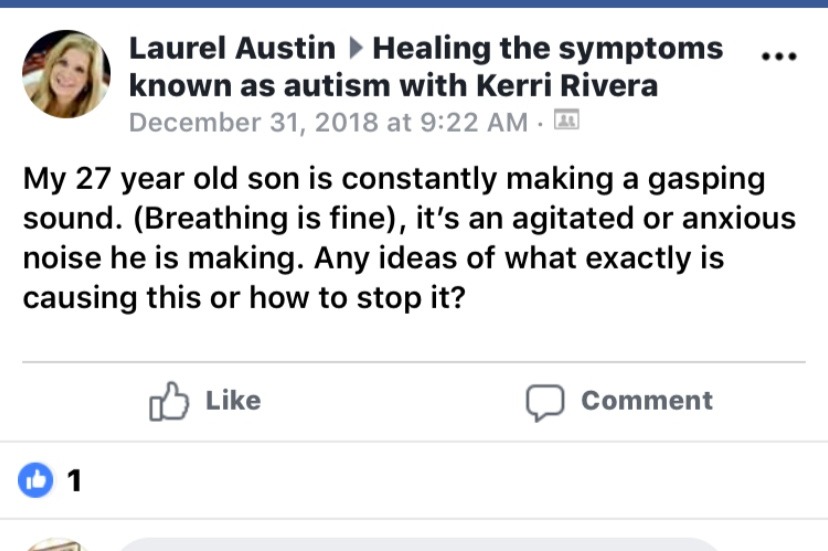 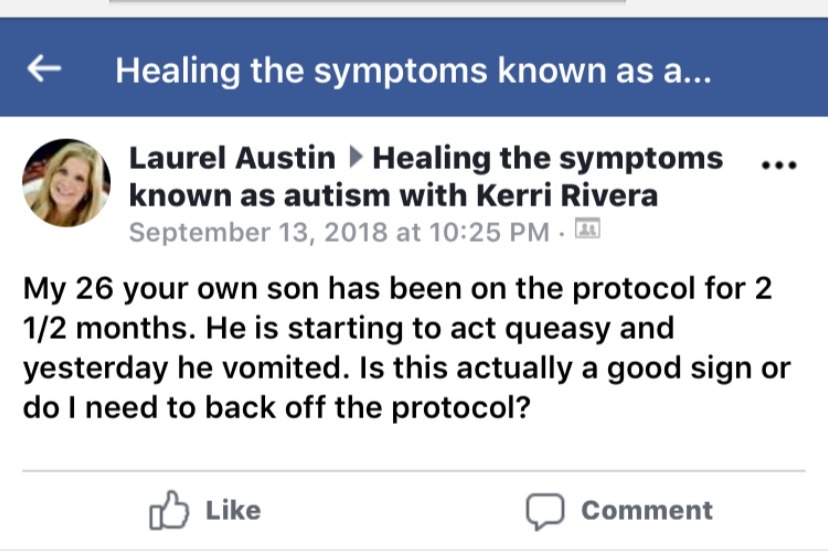 After contacting the Lenexa Police Department, officers were dispatched to the home that night. They then dropped the investigation, citing a doctors note from KU MED. I took Joshua to the station the next day, turning over the bottle and substance to be examined. The officer, alarmed after smelling the bottle, sent Joshua to the hospital to be evaluated. The ER nurse was also very alarmed, but could run no tests that could confirm Joshua’s health. Lenexa PD tested and confirmed the bottle contained bleach. After this was reported, detectives still dropped the case, and Joshua was taken home. January 4th is the last time I have seen my son.

This has been reported to Adult Protective Services, the Lenexa Chief Of Police, and the KU MED Ethics Board. All have stood by and scratched their heads, seemingly unable to help.  More of our story can be found here.

We are seeking assistance securing legal representation to acquire guardianship of Joshua and Jeremy. We do not believe they are safe, and we will not stop fighting until MMS is officially banned in the United States for what it is – dangerous pseudoscience. This is being done to disabled and highly vulnerable people like my sons all over the world. We cannot stop fighting until these individuals are safe and spoken for.

Thank you for your support. We won’t give up.

PLEASE also take the time to Sign this petition  to try and make MMS illegal in the US!